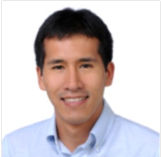 "I have done my training in 3G & 4G protocol development. Training was quite interesting with lot of tools testing. I have really enjoyed my training with highly experienced trainer and friendly environment. I really want to come back here again to enhance my skills."
Marcelo Rocha ,Bolivia
More

S.S.Bhowmick has about 20 years of experience in the Telecom and Mobile industry. He founded Nex-G Exuberant Solutions in 2002. Prior to founding Nex-G, He worked in TeNet Group (JV of Midas Communications & IIT Chennai), Convergelabs as a Group lead from where he has a patent pending against his name. He played a major role in building a 100 member team at Convergelabs.
He also worked at startup level with Spatial Wireless, which was later acquired by Alcatel-Lucent, he played a phenomenal role in deploying the 2G/3G Wireless Softswitch solution at China Telecom in Shanghai & Beijing, GISIL devices, he played a big role in building CDMA based POS device from concept to deployment, He also lead Mobile Internet Ltd UK's development center in India and was responsible to deliver solutions for managing networks of global satellite communication providers like Inmarsat etc.
He is awarded Udyog Rattan by Institute of Economic Studies (IES).

She has got 16 years of experience in HR and Training Management. She has done her graduation and post graduation on kolkata university.

He has got 11 years of experience and he is experienced with a demonstrated history of working in the information technology and services industry. Strong military and protective services professional skilled in DevOps, SDN, NFV, and OpenStack.